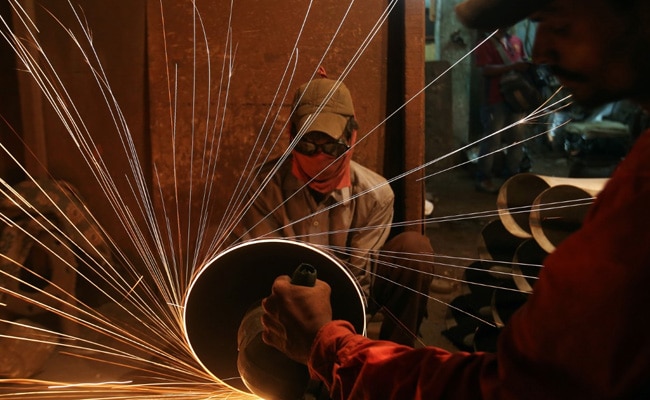 Manufacturing was among the three sectors that clocked growth in the September quarter.

India’s gross domestic product (GDP) contracted 7.5 per cent in the July-September period (Q2), as the economy rebounded from a record slump of 23.9 per cent in the previous quarter due to slowdown caused by the coronavirus pandemic. Friday’s data confirms the economy’s first technical recession – which is two consecutive quarters of GDP contraction – since 1996, when the country began quarterly records.

However, annual growth of 3.4 per cent in the farm sector and 0.6 per cent in manufacturing raised hopes of an early recovery as the government gears up to distribute coronavirus vaccines to a country with about 140 crore people.

“The Q2 GDP numbers are encouraging,” said Krishnamurthy Subramanian, chief economic adviser at the ministry of finance, after the release of the data.

Citing growth in manufacturing and farm sectors, he said there were signs of a “V” shaped recovery helped by a pick-up in demand for consumer and investment goods.