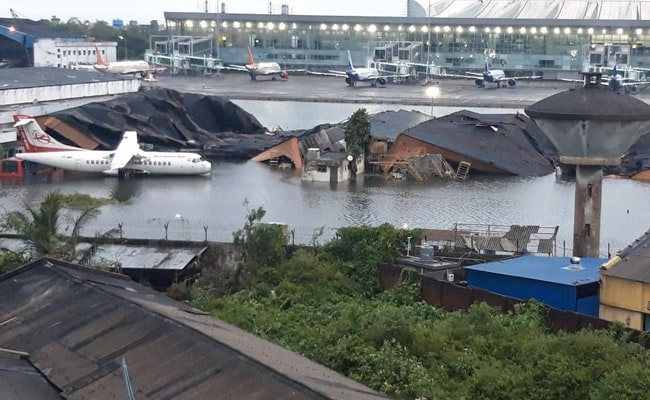 The Indian Army today provided three columns to assist Kolkata City authorities deal with the aftermath of Cyclone Amphan, one of the worst storms to have formed over the Bay of Bengal in recent years. This was shortly after the Bengal Home Department tweeted saying it had requested Army support.

In a series of tweets this evening, the Home Department called for mobilisation of “maximum strength… on 24×7 basis” for essential services like drinking water, sanitation and power supply.

The state also asked for aid from the Railways and the private sector in providing manpower and equipment, and said teams were at work clearing the remains of thousands of trees and buildings felled and destroyed as heavy rain and winds of up to 185 km per hour pummelled coastal Bengal.

“Government of West Bengal mobilises maximum strength in unified command mode on 24×7 basis for immediate restoration of essential infrastructure and services. Army support has been called for and NDRF and SDRF teams deployed,” the Home Department said.

Drinking water and drainage infrastructure getting restored fast. PHE asked to supply water pouches in gap pockets. Generators being hired where necessary. More than a hundred teams from multiple departments and bodies working for cutting of fallen trees,(2/3)

The Home Department also said Bengal Police had been put on alert to deal with any issues and efforts were being made to increase available manpower despite significant resources being devoted to the coronavirus outbreak.

… which is the key to restoration of power in localities. WBSEDCL & CESC asked to deploy maximal manpower, even while lockdown significantly affects the deployment potential of the latter. Police on high alert.(3/3)

The announcement came after protests in several parts of Kolkata and neighbouring districts over power and water problems. Chief Minister Mamata Banerjee has called for patience while the state works to restore normalcy.

Cyclone Amphan ripped through coastal Bengal on Wednesday, leaving a trail of destruction in its wake that Ms Banerjee valued at Rs 1 lakh crore.

At least 72 people were killed by Amphan, which also hit parts of Odisha and left both states planning evacuation and relief efforts while dealing with the COVID-19 crisis.

The Kolkata airport, which had been shut, was left flooded and many structures within damaged. Amphan also ripped through Bengal’s coastal districts of North and South 24 Paraganas with heavy rain and windstorm blowing away thatched houses, uprooting trees, electric poles and flooding low-lying areas.

Prime Minister Narendra Modi made an aerial survey of affected regions yesterday, alongside Ms Banerjee and Governor Jagdeep Dhankhar, after which he announced assistance worth Rs 1,000 crore for Bengal and Rs 500 crore for Odisha.

In a sign the focus, for now, may be on relief and rehabilitation efforts, Mr Dhankhar, whose interactions with the Chief Minister are usually acrimonious, today praised her decision to seek the Army’s support.

“A good move (by) Mamata Banerjee to seek support and assistance of Army. These are trying time(s) and (I) appeal to people to keep calm. Authorities must restore connectivity, electricity and other services at the earliest,” the Governor’s tweet read.

A good move @MamataOfficial to seek support and assistance of Army. These are trying time and appeal to people to keep calm. Authorities must restore connectivity, electricity and other services at the earliest.

With input from PTI

UN Calls For Restraint After Killing Of Iranian Nuclear…

Won’t Pick Up His Call

Government Ready To Deliberate On Every Demand