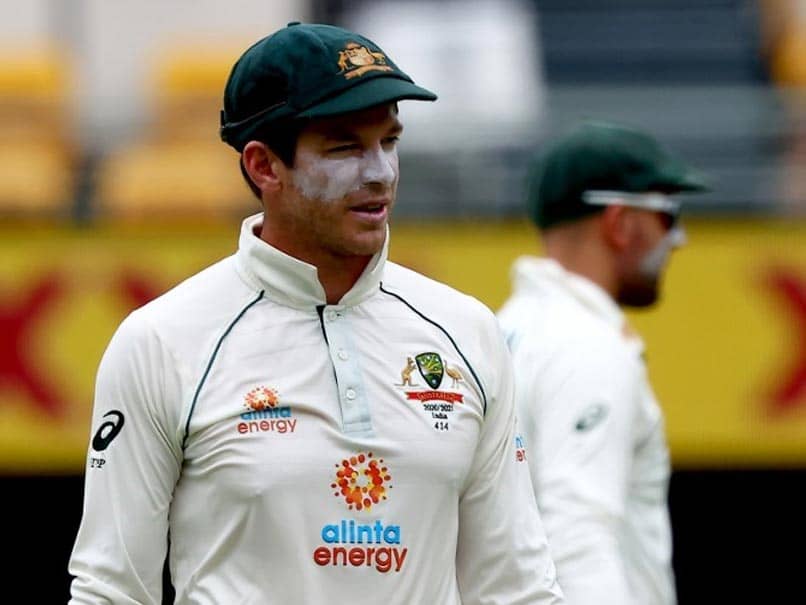 
Australia captain Tim Paine‘s decision to challenge an on-field call for a potential caught behind against Mayank Agarwal didn’t go down well with some fans on Twitter after replays confirmed that the ball had missed the bat by a fair distance. In the 49th over, Pat Cummins had bowled one down the leg side and Agarwal missed a flick shot as the ball hit his thigh pad. Australian fielders went up for a catch behind the stumps but umpire Paul Wilson gave the decision in favour of the batsman. Paine challenged the call and the replays showed that the ball was nowhere near Agarwal’s bat.

It was not the first time in the ongoing Test series that the Australian skipper has made an error in judgement while going upstairs to challenge a decision made by the on-field umpires.

Twitter was flooded with memes and hilarious takes from fans as Australia lost their review in the morning session of Day 3 of the fourth Test at the Gabba.

How many times he fails in drs.

“How many times he fails in drs,” another one joined in.

Paine at it again with terrible reviews

“Paine at it again with terrible reviews,” a user said.

“Tim Paine is just about the worst judge of a review in world cricket #drs #AUSvIND,” a tweet read.

In the 3rd Test at the Sydney Cricket Ground, Paine was fined 15 per cent of his match fee for showing dissent at an umpire’s decision.

Paine had lost his cool following an unsuccessful DRS decision against Cheteshwar Pujara.

India vs England 4th Test Live: When And Where To Watch Live Telecast, Live Streaming