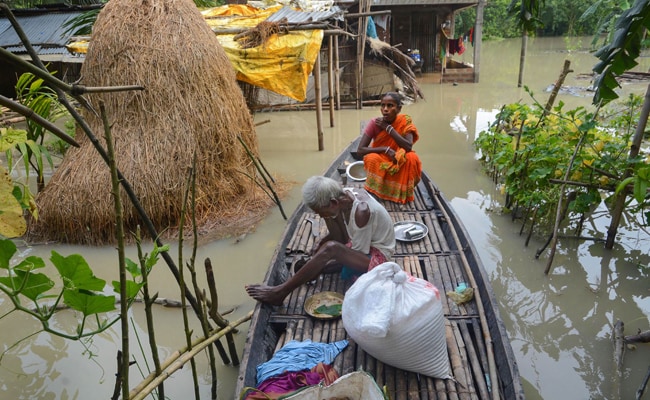 With the floodwaters in Assam receding, the state government has decided to prioritise the mending of the breached embankments and fast-tracking land rehabilitation for those who have lost their lands to flood and erosion.

The state government would also start by early next year a pilot project of dredging the Brahmaputra river bed at select places with a newly-bought state-of-the-art dredger from the US, which is on its way to Assam.

“This is going to be a pilot project. We are getting one dredger worth Rs 25 crore from the US. We were supposed to get the equipment by March but there has been a delay due to the lockdown. If the pilot project works well, we will go forward with it,” Assam chief Secretary Kumar Sanjay Krishna told NDTV.

The chief secretary further added that providing land for resettlement of people in the state who have lost their lands due to erosions have also been fast-tracked.

“Since independence, 1.25 lakh families have lost either their agricultural or residential land or both to erosions. In the past one and a half years, we have been able to resettle about 50 thousand families, rest we will follow up” Mr Krishna added.

Assam government is also pursuing with centre for getting the Northeast Water Management Authority operational.

The state government has asked the water resources department to take up by October the ‘repair and rebuilding’ works of over 200 embankments breaches in the recent floods.

“Properly Attired Or Not”, Katrina Kaif Is…