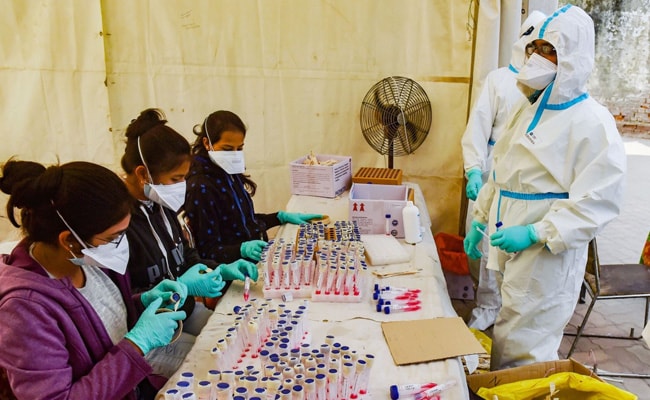 The death count from the coronavirus infection has grown to 10,903 in Delhi. (File)

Delhi recorded 145 fresh COVID-19 cases and two new deaths today, while the positivity rate stood at 0.25 per cent, authorities said. With this, the death count from the coronavirus infection has grown to 10,903.

On Monday, 128 cases and one death were registered. No death due to COVID-19 was recorded in Delhi on February 17, the third time single-day fatality count stood nil in this month.

On February 9 too, no fatality due to COVID-19 was registered in the national capital, first time this month, and after a gap of nearly nine months.

No death from COVID-19 was recorded on February 13 as well, the second time in February when the single-day fatality count was nil.

On Tuesday, Delhi recorded 145 fresh COVID-19 cases, while the positivity rate stood at 0.25 per cent, authorities said, adding the infection tally in the city rose to 6,38,173 according to the latest health bulletin issued by the city government.

These new cases came out of the 58,327 tests conducted the previous day, according to the health bulletin.

Two fatalities were registered on Tuesday, taking the death count in the city to 10,903, it said.

The active cases tally on Tuesday rose to 1,054 from 1,041 the previous day, according to the bulletin.

The total number of tests conducted the previous day, included 35,751 RT-PCR tests and 22,576 rapid antigen tests, the bulletin said. The number of people under home isolation as on Tuesday was 472, it said.

Creating A Single Authority For Mumbai A Top Priority For Maharashtra Government:…

Labourer Kills Friend After Dispute Over Food In Mumbai: Police