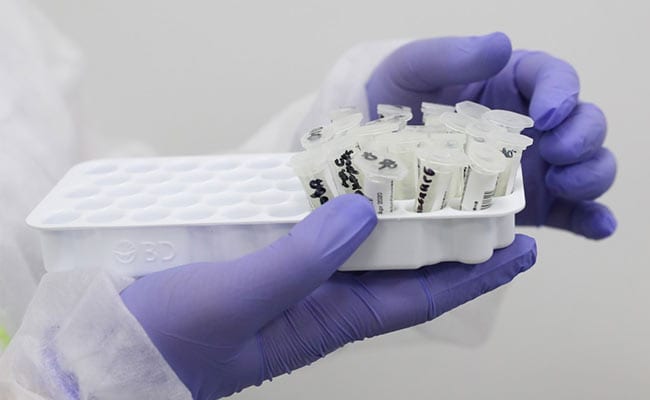 The number of containment zones in Delhi increased to 2,840 from 2,777 on Friday.

The national capital on Saturday recorded 4,116 fresh COVID-19 cases, the highest single-day spike in 35 days, while the death count from the disease mounted to 6,225, according to a Delhi government bulletin.

These fresh cases were detected during the testing of 55,461 samples conducted the previous day, it said.

Thirty-six more fatalities were recorded in the city, taking the death count to 6,225, the bulletin said.

The number of containment zones in Delhi increased to 2,840 from 2,777 on Friday.

The positivity rate in Delhi stood at 7.42 per cent while the recovery rate was over 90 per cent, the bulletin said, adding the case fatality rate stood at 1.77 per cent.

It said 607 beds in COVID care centres are occupied by people under quarantine, including travellers who have returned to the country under the Vande Bharat Mission and via air bubble flights.

The Delhi government has significantly ramped up testing in the past few days, with the count crossing the 60,000-mark several times.

The bulletin said 3,19,828 patients have recovered, been discharged or migrated so far.

US Pharma Firm Moderna To Request US, Europe For COVID Vaccine Authorisation On Monday

“If Standing By Farmers Is ‘Doing…