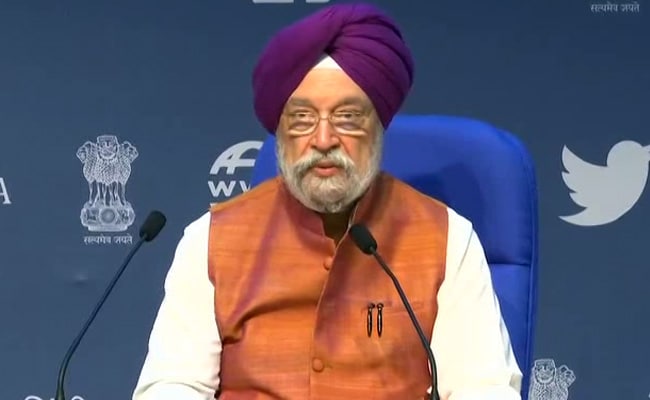 There is no need to quarantine air passengers who show “green” status on the Aarogya Setu app, Civil Aviation Minister Hardeep Singh Puri said on Saturday during an online discussion to clarify norms governing resumption of domestic flights amid the coronavirus lockdown.

“Don’t understand the need for quarantine of passenger who has green status on Aarogya Setu app,” Mr Puri said in his virtual meeting, adding the government will try to restart a “good percentage of international flights”, which remain banned for now, before August.

Mr Puri was responding to concerns that air passengers travelling during the COVID-19 lockdown may not need to go into quarantine or isolation on arriving at their destination, something he mentioned on Thursday while announcing details of resumption of flights.

Following his statement, as many as six states, including Kerala, Karnataka and Assam, insisted that people arriving via domestic flights will have to be quarantined.

This morning Karnataka said incoming passengers from six states with the most infections will have to undergo seven-day institutional quarantine and seven days of home isolation. Exemptions will be made for the elderly, the terminally-ill, children and pregnant women.

On Thursday Mr Puri said an unnecessary “fuss” was being made over quarantine of domestic air passengers.

He pointed out that as per revised SOPs governing air travel during the lockdown, those showing “red” on the Aarogya Setu app, which he promoted as an “excellent contact-tracing device”, would not even be allowed to enter the airport, let alone board a plane.

“I don’t know why we are making such a fuss on the quarantine issue. Bhai, this is domestic travel. Same laws will apply here that applies when you travel by train or a bus… People who are positive will not be allowed to board the flights… The quarantine issue will be dealt with in a pragmatic manner,” he said.

Flight operations, domestic and international, were stopped in March after a nationwide lockdown was ordered to halt the spread of the COVID-19 virus. On Wednesday Mr Puri had said these would be re-started in a “calibrated” manner.

With input from PTI