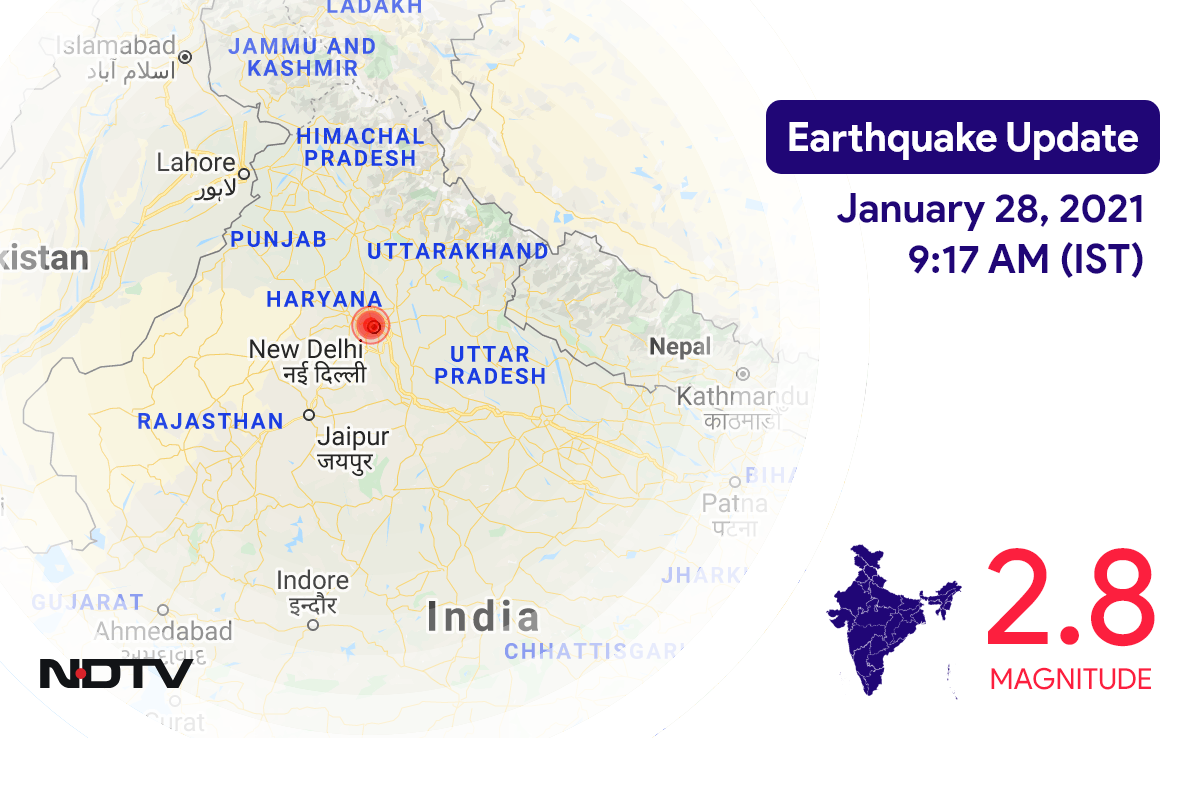 An earthquake of magnitude 2.8 was reported near New Delhi on Thursday morning, according to India’s National Center for Seismology.

The epicentre of the earthquake was 8 km northwest (NW) of the national capital, the agency said. The earthquake struck at 9:17 AM IST at a depth of 15 km from the surface.

Tremors were felt in the following areas:

Are you living in the region, did you feel the earthquake? Use the comments box to share details or tweet your photos and videos to @ndtv.

Popular News 39 mins ago
Loading ... Load More Posts No More Posts
Subscribe to our newsletter
Sign up here to get the popular and latest news updates delivered directly to your inbox.
You can unsubscribe at any time