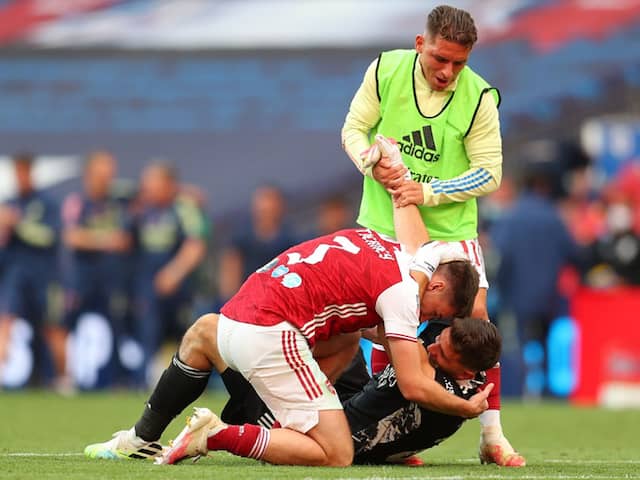 
After winning the FA Cup, Arsenal’s Emiliano Martinez said his club delivered an “amazing performance” in the final against Chelsea. “It was an amazing performance. We played our best football this season by far and even losing 1-0 – normally this season when we”re losing 1-0 we put our heads down – and you can see the process [now] and how we fight for the manager, ourselves and our families,” the club’s official website quoted Martinez as saying. “I think we made the Arsenal fans really proud today and obviously they’ve deserved a lot more from us, especially in the Premier League and in Europe. We’ve had a bad season in the Prem, but we”ve won a trophy so we want them to be happy,” he added.

Pierre-Emerick Aubameyang scored twice to hand Arsenal a 2-1 win in final against Chelsea on Saturday.

During the match, Chelsea did not take much time to open the scoring as Christian Pulisic netted a brilliant goal in the fifth minute.

However, Arsenal was awarded a penalty in the 28th minute and Aubameyang made no mistake to level the scores. He added another goal to Arsenal’s tally in the second half which sealed the victory for the club.

With this win, Arsenal extended their remarkable record in the FA Cup by winning it for the 14th time. The Mikel Arteta-led side also sealed Europa League football for next season.

A trip to the holy land of Varanasi is healing and…

Only One National Flag In India

We won over the deadly virus from the corona that attacked humans, the goal of eradicating HIV from the world by 2030 |…

Aaron Finch Happy To Be Playing In Front Of Fans Again