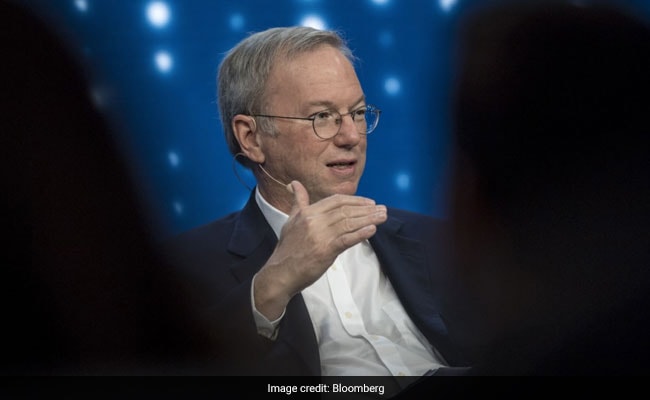 Eric Schmidt left the board of Google’s parent Alphabet Inc. in 2019

Schmidt, who left the board of Google’s parent Alphabet Inc. in 2019 but is still one of its largest shareholders, said the antitrust lawsuit the U.S. government filed against the company on Tuesday was misplaced, but that more regulation may be in order for social networks in general.

“The context of social networks serving as amplifiers for idiots and crazy people is not what we intended,” Schmidt said at a virtual conference hosted by the Wall Street Journal on Wednesday. “Unless the industry gets its act together in a really clever way, there will be regulation.”

Google’s YouTube has tried to decrease the spread of misinformation and lies about Covid-19 and U.S. politics over the last year, with mixed results. Facebook Inc. and Twitter Inc. have also been under fire in recent years for allowing racist and discriminatory messages to spread online.

Schmidt also argued Google’s massive search business — the target of the U.S. Department of Justice’s antitrust suit — continues to be so successful because people choose it over competitors, not because it uses its size to block smaller rivals.

“I would be careful about these dominance arguments. I just don’t agree with them,” Schmidt said. “Google’s market share is not 100%.”

China Says US Allegations On Threat To Democracy Hodgepodge Of Lies