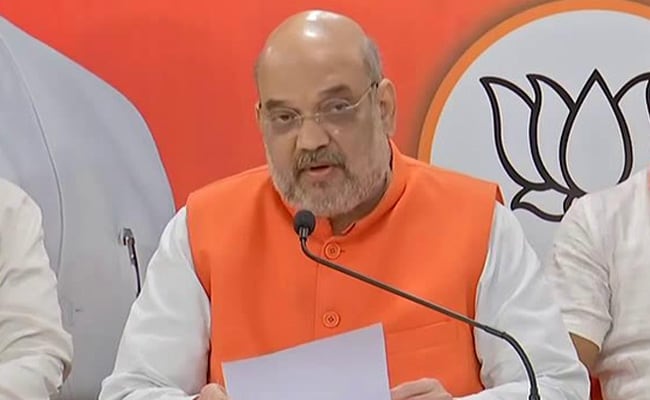 Mr Shah’s counsel comes just days after Chief Minister Manohar Lal Khattar was forced to cancel a meeting at a village near Karnal, where he was to speak in support of the controversial laws. Mr Khattar scrapped the event after irate farmers clashed with police at the venue.

“After what happened in Karnal the Home Minister has advised the government not to hold any pro-farm laws outreach programme. We don’t want confrontation with farmers,” Mr Gujjar said.

The Haryana minister also hit out at the protesting farmers.

“The entire state saw how the farmers behaved on Sunday, when Chief Minister Khattar was scheduled to address a gathering,” he added.

Mobile phone footage showed farmers storming the platform, tearing up posters and banners, and throwing chairs of the stage. Mr Khattar had been due to arrive by helicopter but the farmers made it clear they were in no mood to listen, forcing the Chief Minister to return without landing.

Earlier that day hundreds had assembled at a nearby toll plaza, where they were stopped by the police. However, despite water cannons, tear gas and lathi charges, they managed to break through the barricades and reach the event venue, where they went on their rampage. 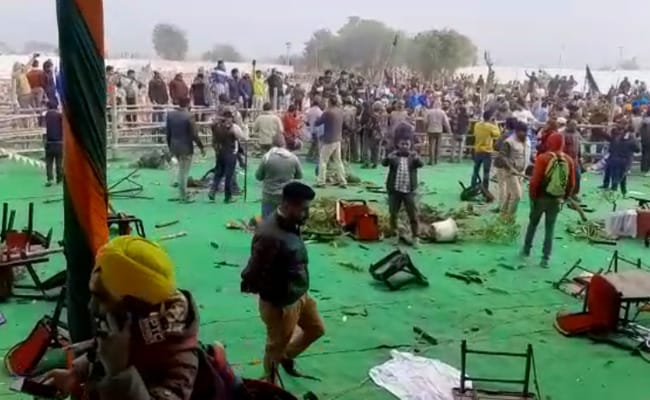 “Around 5,000 people were waiting for me to come and speak but it didn’t happen. In view of the protests, I asked the chopper to return as I did not wish to worsen the law and order situation,” the Chief Minister told the media later.

Blaming the opposition for the protests, he said, “farmers never behave this way”.

Across India tens of thousands of farmers and their supporters are protesting against three laws passed (amid absolute chaos) by the BJP-led central government in September last year.

On Tuesday the Supreme Court stayed the implementation of the laws, as it expressed concern over “lives and property of people affected” and criticised the centre for its apparent inability to resolve an agitation that has rumbled on for several weeks.

The court ordered a committee – whose members include those have publicly backed the laws – to resolve the matter. The farmers welcomed the stay, but refused to take part in or negotiate with the committee, saying “these members have been justifying the laws“.

Eight rounds of talks have been held to resolve protests over the laws – which the centre says will benefit farmers by allowing them to sell produce at markets and prices of their choice.

Neither side has been willing to budge from its position. The farmers want the laws scrapped and a legal guarantee for MSP, while the centre has offered a written guarantee for MSP but says the laws will remain.

A ninth round of talks has been scheduled for Friday, with the farmers also saying they will take out a tractor rally to Delhi on January 26 – Republic Day.

Fire At Serum Institute Live Updates: Fire Breaks Out At…