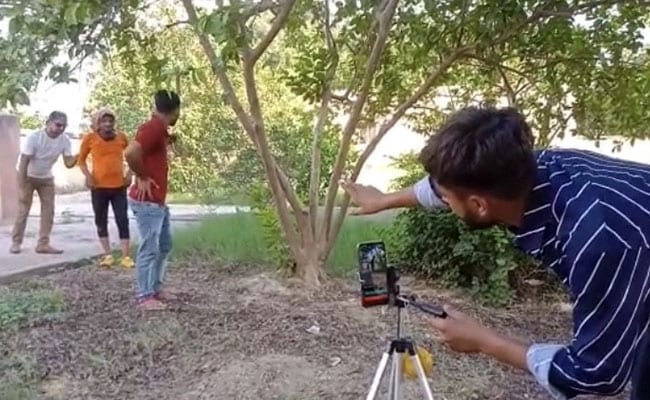 By the time the government banned Chinese video-sharing app TikTok on Monday, along with 58 others from that country, India was the app’s top market, accounting for 30 per cent of its two billion downloads worldwide. TikTok’s parent company – ByteDance – had laid out plans to invest $1 billion in the country and had hired several senior executives since 2019.

TikTok India, with some 120 million active users, is particularly popular in small towns, where the app and its content allowed users a platform to express themselves and their dreams, and reach out to the “mainstream”. Fame and popularity, they felt, were theirs if they could grab the viewer’s attention.

In Uttar Pradesh’s Kanauj, a small town known for its perfume industry and located 120 km west of state capital Lucknow, four young graduates in their early 20s – Athar, Mohammed Daud, Faisal and Jamshed – are still looking for jobs. The four are also popular on TikTok, with over 20,000 followers each.

Now, they say, there is no option but to move on, asking only for an alternate space to showcase their talents.

“A place like Kannauj is a small town. If there was a place to showcase our talent, it was TikTok. Nothing else could make us popular. We were recognised in our town and in places like Lucknow. (But) whatever Modiji has done is absolutely right. we have no problems,” Faisal said, in between shooting for a video in a mango orchard on the outskirts of town.

However, he also had a request for the government.

“The government should think about us so the hidden talent of people can come out. TikTok gave us a new identity,” he said.

The app was one of India’s most downloaded as tens of thousands of people from Tier II and II towns and even villages shooting 15-second videos and aiming to become the next social media sensations.

Across Kannauj and many other towns in UP TikTok users made these videos in multiple dialects, including Haryanvi and even Bhojpuri. Videos were made in differing styles – a popular dialogue from a film, a choreographed dance routine to a song or even just as “timepass”.

“For us small town people TikTok was a way of communicating our love to others. We will use Indian apps and put our videos out there, but our work will go on,” Nabeel Ansari, a 23-year-old ex-TikTok star from west UP’s Hapur town with 3,589 followers, said.

Like the four from Kannauj, Mr Ansari is also a graduate in search of a job.

In Firozabad, another small town in the western part of the state, a 17-year-old school student and former TikTok star “RIQ” says the ban has left her disappointed.

“I don’t think what has happened is right because we had thought a lot about our future. But whoever has done this must have thought it through,” she said.

Meanwhile, in state capital Lucknow, a big city with small town nostalgia, 22-year-old Apporva Tripathi, a professional TikTok star with an income from her videos and more than five lakh followers, has begun her search for alternates, including Mitron and Chingari – among the more popular Indian apps.

She too is sad at leaving TikTok but, she too, has accepted the reality.

“The emotions I used to share on TikTok was a big thing for me. Whether I am happy or sad or worried, I used to be on TikTok. I was very attached to the app but I live in India and I love my country,” she said.

Popular News 47 mins ago
Loading ... Load More Posts No More Posts
Subscribe to our newsletter
Sign up here to get the popular and latest news updates delivered directly to your inbox.
You can unsubscribe at any time