High Education Madrassas To Continue In Assam, New Rules For Private Ones 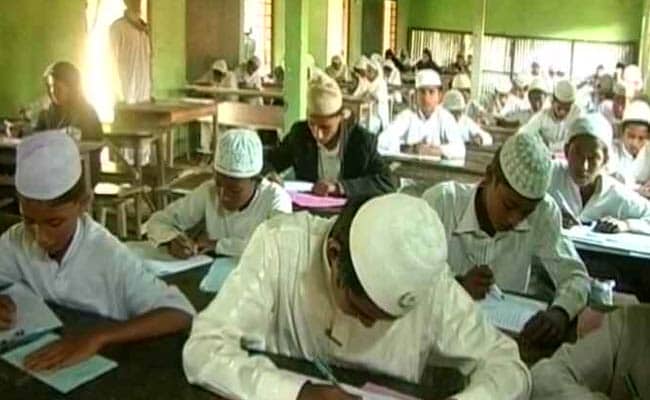 The Assam government has defended its decision to close government madrassas in state. (Representational)

The Assam government has reiterated its stand to close a section of government-run madrassa in the state by next academic year, and said a notification to this effect will be issued in November.

However, Education Minister Himanta Biswa Sarma gave a crucial clarification today. He said the higher madrassa education schools would function as usual as they already follow the State Education Board of Assam, SEBA, rules.

Private Madrassas would also be allowed to function, but with stringent regulations, he added.

Mr Sarma said the State Madrassa Education Board will be dissolved and the over 610 schools under it – on which state spends Rs 260 crore annually – would stop functioning from the next academic year.

“The state government would convert them to general schools and Madrassa teachers would also be shifted to general schools… The final year (Madrassa) students will be allowed to graduate, but after that all those taking admission in these schools will be regular students,” the minister said.

The decision has been criticized widely as one targeting the Muslim community. But the state government has said to this decision was “secular” as even Sanskit tols (centres of Vedic education) would be closed.

“The government does not want to spend public money on religious education,” Himanta Biswa Sarma said.

“Our decision to discontinue Madrassa education in Assam is based on certain research. During this research, Madrassa students were asked about their aim in life and the professions they would like to choose. Most replied that they want to become doctors, engineers, professors, etc. For a long time, these students don’t know they would end up becoming religious preachers,” explained Mr Sarma, who is also the Assam Health Minister.

In November, the state government will also issue a separate notification to regulate Private Madrassas.

“This step has been taken to ensure students get regular education under SEBA. Till now, the earlier Congress governments in state had a rule under which Madrassa-graduation certificate and Sanskit-tol graduation certificate was considered equal to regular matriculation certificate. This is not justified,” said Mr Sarma, who left Congress in 2015 to join BJP ahead of the Assam state polls.

He added that Sanskrit tols will be handed over to the Kumar Bhaskarvarma Sanskrit University and would be converted into centres of learning and research for Indian culture, civilisation and nationalism.

Back To School With Dil Bechara Actress Sanjana Sanghi