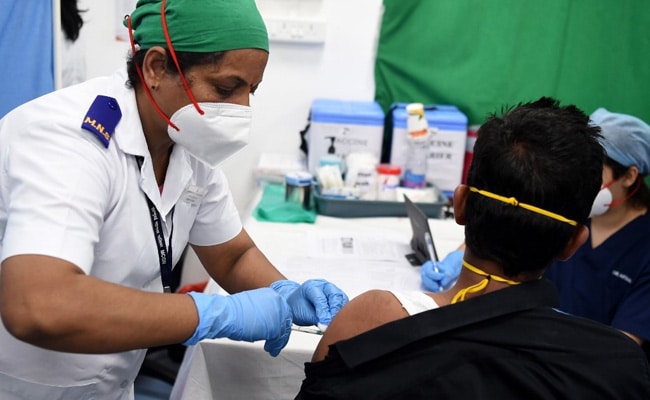 The first COVID-19 vaccine shots in India were given on Saturday to nearly two lakh frontline healthcare and sanitary workers as Prime Minister Narendra Modi rolled out the inoculation drive against coronavirus.

As PM Modi asserted that the two vaccines being deployed will ensure a “decisive victory” for India against the coronavirus, the Union Health Ministry said no case of post-inoculation hospitalisation has been reported so far and the vaccination drive was successful. Sanitation workers were the first to get the jabs in Delhi and some other states.

India’s drive is one of the world’s biggest vaccination programmes, aimed at inoculating 3 crore health and other frontline workers to start with. Two shots manufactured in India, the Covishield developed by Oxford University and AstraZeneca, and Covaxin produced by Bharat Biotech, are being used. The drive was remote launched by the Prime Minister with the chanting of a Sanskrit shloka that meant ”let all be happy, let all be healthy”.

Here are the live updates on Coronavirus:

Coronavirus news: How Many People Were Vaccinated In Each State On Day 1

The first day of COVID-19 vaccination in India saw 1.91 lakh people take the shot, as against a target of inoculating three lakh people by the government. The shortfall is on account of vaccination being voluntary.

Covishield and Covaxin were given to doctors, nurses, other health workers directly linked to fighting the pandemic and those engaged in activity that has high risk of infection. The government decided which vaccine went where; people cannot choose which of the two vaccines they want.

Sanitation worker Manish Kumar became the first person in India to be vaccinated against COVID-19 on Saturday, as Prime Minister Narendra Modi launched the country’s giant vaccination drive, paying tribute to frontline workers and scientists and warned citizens against falling for propaganda or rumours over vaccines.

Mr Kumar received his shot at Delhi’s premier All-India Institute of Medical Sciences (AIIMS), just one of the over 3,000 vaccination centres established around the country. On the first day of the immunisation campaign, the government said it aimed to vaccinate over 3 lakh people. By the end of the day 1.91 lakh had been inoculated, it said.

Government sources said there was considerable hesitation among people about getting the vaccines, explaining the shortfall in numbers. Officials stressed that the drive was successful, there were no post-vaccine hospitalisations and the only glitches involved the “CoWin” software platform.

US Says Will Support India-Pak Dialogue, Condemns Terrorists Who Seek To Infiltrate…