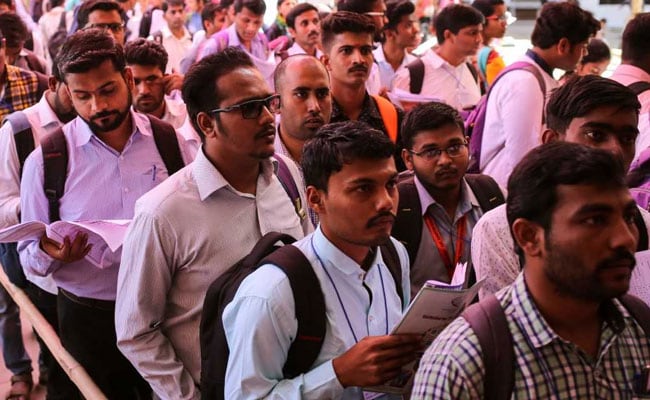 According to CMIE, unemployment rate in June stood at 11%

India’s unemployment rate in June fell to 11 per cent from 23.5 per cent in May, according to data released by private think-tank Centre for Monitoring Indian Economy (CMIE) on Wednesday as economic activities resumed after government eased pandemic lockdown restrictions. According to the data, unemployment rate in urban areas for the month of June stood at 12.02 per cent, while that in rural areas was recorded at 10.52 per cent. The number of employed people in the country in June stood at 37.3 crore, as per the CMIE data, while those looking for jobs are 46.1 crore.

Haryana has the highest unemployment rate of 33.6 per cent, followed by Tripura at 21.3 per cent and Jharkhand at 21 per cent.

“The unemployment rate has declined and simultaneously, the participation rate has recovered to close-to pre-lockdown period,” CMIE Managing Director and CEO Mahesh Vyas said in a release.

Mr Vyas said the reason behind the improvement in the unemployment rate across rural India can be explained by the rise in MGNREGA spending by the government, and increase in kharif sowing.

In April, the first month of coronavirus-induced nationwide lockdown, CMIE had said that unemployment rate in the country spiked to an all-time high of 27.1 per cent.

Here’s All To Know About Qualcomm Ventures, Which Bought 0.15 Per Cent Stake In…

Popular News 36 mins ago
Loading ... Load More Posts No More Posts
Subscribe to our newsletter
Sign up here to get the popular and latest news updates delivered directly to your inbox.
You can unsubscribe at any time