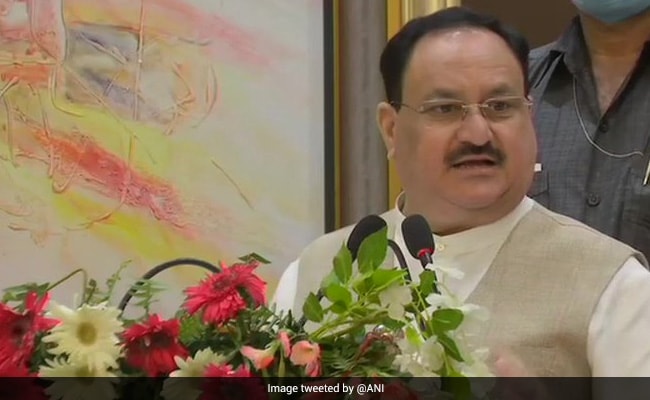 In a blistering attack on the Congress, BJP president Jagat Prakash Nadda on Wednesday charged the rival party with helping Pakistan by its opposition to moves like abrogation of Article 370 and
demanding its restoration.

Addressing election rallies in adjoining West Champaran and East Champaran districts of Bihar, Mr Nadda also lambasted the Congress for forging an alliance, in the state, with ultra-Left CPI(ML) which he called “divisive” and a part of the “tukde-tukde gang”.

Mr Nadda recalled with abhorrence the apprehensions expressed before the Supreme Court by Kapil Sibal, a senior Congress leader and former Union minister who was the counsel for one of the parties in Ayodhya title suit, “that if the case got decided it may favour the BJP electorally”.

“Such antics notwithstanding, the people voted for BJP in the Lok Sabha and the court gave a unanimous verdict in favour of a temple. Armed with the huge mandate you gave him, Prime Minister Narendra Modi also did away with Article 370”, he said.

The BJP president alleged that Pakistan challenged the move before the UN Security Council, “basing its arguments on statements given by Rahul Gandhi”.

He also attacked former Home Minister P Chidambaram for speaking in favour of restoration of the special status formerly enjoyed by Kashmir and questioned the “patriotism” of Mr Gandhi and his party colleague Shashi Tharoor, both of whom he accused of “praising Pakistan’s handling of COVID-19”.

Keylong Is Himachal Pradesh’s Coldest Place At Minus…