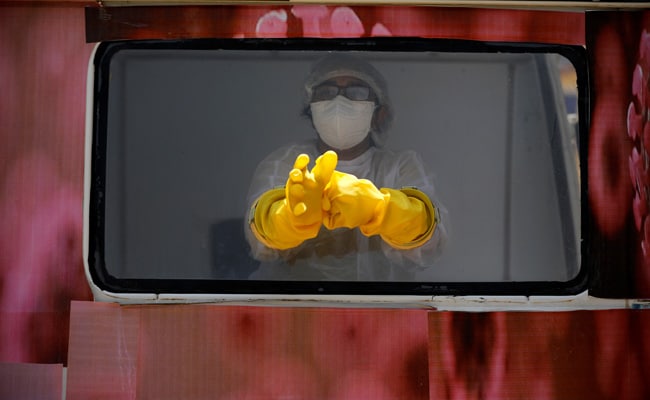 A Mumbai man, who was battling COVID-19 in a hospital, died earlier this month and was cremated by the authorities. Four days later, when his family – in quarantine because of exposure to him – visited to check on him, they got the shock of their lives — he was dead, his body disposed of – all without their knowledge.

Rakesh Varma, a resident of Barkatalinagar in Wadala area of Mumbai, died on May 17. He was cremated by local officials. His family says they didn’t know he died. They have filed a police complaint in this regard.

“I want justice. How do I accept my son has died without seeing the body?” Ananda Varma, the man’s mother, told NDTV.

His close relatives were in quarantine. They could only go to attend him on May 21 when it ended. A nurse told them the man’s body had been disposed by the police as nobody came forward to claim it.

“We went to the trauma centre at Jogeshwari and the nurse told us that the body had been listed as unclaimed. She asked us to inquire at the Wadala Police Station,” Rakesh Varma’s friend, Anwar Teje told NDTV.

The police said they probe into the lapse. “The family has filed a complaint and we are investigating,” a senior officer said.

Over the last few days, the Brihanmumbai Corporation, Mumbai’s civic body, has been facing criticism for not being able to move bodies quickly from Covid-19 wards. The BMC had explained that several bodies are unclaimed as their families are in quarantine.

Maharashtra, the worst coronavirus-hit state, recorded 2,682 new cases on Friday, along with 116 deaths – the highest single-day rise in fatalities since the beginning of the pandemic. The total number of cases stood at 62,228 and deaths at 2,098. Mumbai alone accounts for over 36,932 cases and 1,173 deaths.

No Differences Within Coalition Government In…