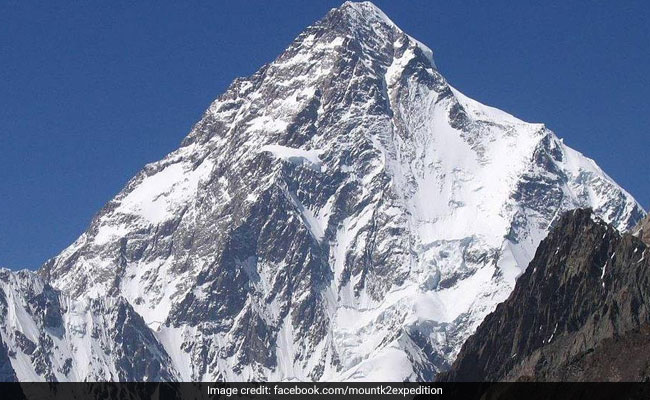 Climbing to the top requires technical skills. K2 is the second-highest peak after Mount Everest.

A team of 10 Nepali summiteers climbed K2, setting a record as the first team ever to climb the world’s second-highest mountain in the winter season.

The 28,251-foot summit of K2 has never been reached in winter due to weather and geographical difficulties.

Climbing to the top requires technical skills. K2 is the second-highest peak after Mount Everest.

“THE IMPOSSIBLE MADE POSSIBLE! K2winter- History made for mankind. History made for Nepal! At 17:00 hrs local time @nimsdai and team summited K2, teaming up with Mingma G and team and a member from SST Sona Sherpa,” Nirmal Purja also known as Nims Dai wrote on Instagram on Saturday afternoon.

“Nepali climbers have made history again. For the first time in the history of winter climbing, Nepali climbers reached the top of Mt. K2 (The second highest mountain in the world). Congratulations to our Nepali climbers,” Mira Acharya, an officer in Nepal Department of Tourism wrote in her Facebook post.

Located in Pakistan-Occupied Kashmir, K2 was the last amongst the world’s 14 tallest mountains- all higher than 8,000 meters that had not been climbed during winter.

India Calls For Probe Into Use Of Chemical Weapons In…

India Vaccinates Over 1 Million People In One Day For The…