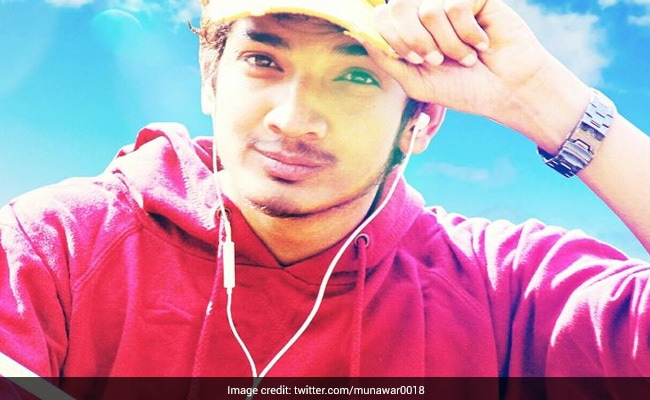 Munawar Faruqui and his aide Nalin Yadav were arrested on January 2. (File photo)

Stand-up comic Munawar Faruqui’s bail request was rejected by the Madhya Pradesh High Court today. He and four other comedians were arrested on January 2 for allegedly hurting religious sentiments during their show.

The complaint accused Munawar Faruqui of passing indecent remarks about Hindu deities and Union Home Minister Amit Shah during a show. A local court had then sent them to judicial custody.

“The evidence/material collected so far, suggest that in an organized public show under the garb of standup comedy at a public place on commercial lines, prima facie; scurrilous, disparaging utterances, outraging religious feelings of a class of citizens of India with deliberate intendment, were made by the applicant,” said the court order.

Munawar Faruqui’s lawyer had argued that he had been invited by the organizers of the comedy show and was present but did not utter anything that is alleged.

But the court rejected it, saying the possibility of more incriminating material could not be ruled out as investigations were still on. It also referred to a similar case filed against the comic in Uttar Pradesh.

“In the light of the statements of the complainant and the witnesses referred above, the seized articles, video footage of the show and the seizure memos detailed above, at this stage it is difficult to countenance to the submissions of the learned counsel for the applicant as complacency of the applicant cannot be ruled out, besides vulnerability of his acts in public domain,” said Justice Rohit Arya.

The High Court also noted the complainant’s allegation that Mr Faruqui and the other comics were “allegedly making outraging filthy jokes in social media deliberately against Hindu Gods, Lord Shriram and Goddess Seeta hurting religious sentiments of Hindus for the last 18 months despite protest on various social media platforms”. There was “nothing on record to the contrary”, the judge said.

Justice Arya has also highlighted a “constitutional duty on every citizen and the state” to promote harmony and the spirit of common brotherhood irrespective of religious, linguistic, sectional and regional diversities.

The bail pleas of Mr Faruqui and the four others have already been rejected by lower courts.

Popular News 44 mins ago
Loading ... Load More Posts No More Posts
Subscribe to our newsletter
Sign up here to get the popular and latest news updates delivered directly to your inbox.
You can unsubscribe at any time