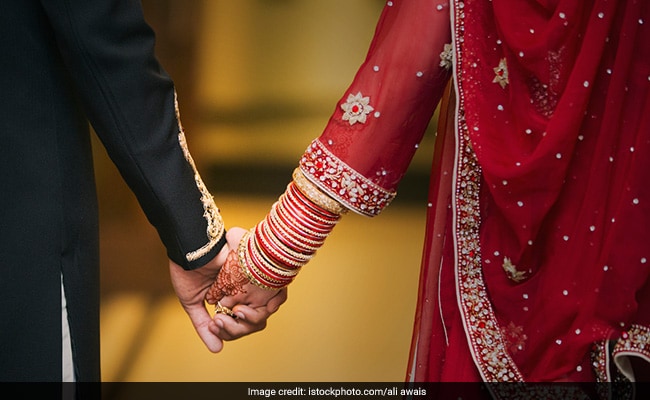 According to Pak Observer, the lawmaker has only solemnized Nikkah with the girl. (Representational)

Pakistan police have launched an investigation into the marriage of a 14-year-old girl with Maulana Salahuddin Ayubi, leader of Jamiat Ulema-e-Islam (JUI-F), and a Member of National Assembly (MNA) from Balochistan.

Citing local media, Pak Observer has reported that the police have launched the probe after receiving a complaint from an NGO working for the welfare of women in Chitral.

According to a report by Dawn, the girl was a student of Government Girls High School, Jughoor, where her date of birth had been recorded as of October 28, 2006, which showed that she had not attained the age of marriage.

Maulana Salahuddin Ayubi, the Member of the National Assembly is in his late 50s, according to Pakistan media.

Chitral police station SHO Inspector Sajjad Ahmed was quoted as saying that a few days ago on the complaint of the organisation, the police had reached the girl’s home, but her father had denied the girl’s marriage and had even given an affidavit to this effect.

The marriage of the teenage girl with the Pakistan MP, who is four times her age, comes despite the country’s law, which does not allow marriages of girls below the age of 16 and also recommends punishment for parents if they wilfully do it.

According to Pak Observer, the lawmaker has only solemnized Nikkah with the girl while a proper marriage ceremony is yet to be held.

Meanwhile, the Lower Chitral DPO has said that the girl’s father has assured the authorities that he will not send his daughter until she is 16-years-old.

Srinagar-Leh National Highway To Be Reopened For…

Pushya Nakshatra on Thursday, you can buy lucky things according to the zodiac on pushya nakshtra | गुरुवार को पुष्य…

IND vs ENG: Axar Patel Says Ball Was Skidding Off Ahmedabad Pitch, Plan Was To Bowl Wicket To Wicket

Facebook To Invest $1 Billion In News Industry After Australia Row