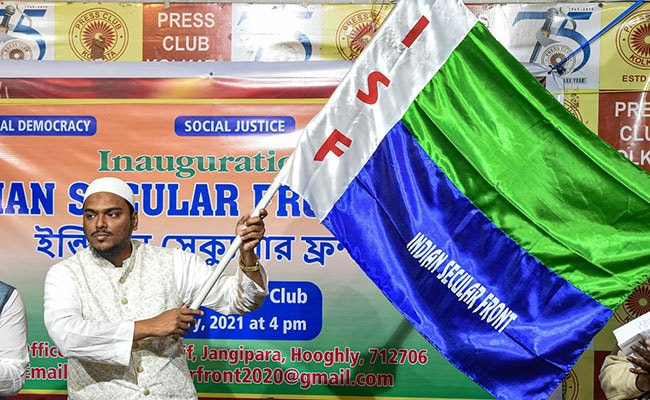 Pirzada Abbas Siddiqui launched the ISF in Kolkata on Thursday.

A new political party was born in Kolkata on Thursday and will join the scramble for a slice of the 294-seat pie in the West Bengal assembly in the upcoming elections.

The party’s name: Indian Secular Front or ISF. Its chief patron Pirzada Abbas Siddiqui, a 34-year-old preacher-turned-politician. He belongs to the family associated with Furfura Sharif in Hooghly district, one of the holiest mazars in the country, second only to Ajmer Sharif.

The new party’s goals are lofty: upliftment of backward masses – Muslims, tribals and Dalits. But its birth is driven by disaffection with Chief Minister Mamata Banerjee and could split her so-called vote bank in Bengal.

“When Mamata came to power, she said she would give jobs and education and 15 per cent reservation. We believed her and I told my supporters, let’s back Mamata and my supporters voted for her. But now they are seen she didn’t do anything. Instead, she created a divide between Hindus and Muslims. So, I thought let’s not depend on others to do what is needed. Let’s form our own party,” said Abbas Siddiqui.

The Pirzada struck a coup of sorts earlier this month. All India Majlis-e-Ittehadul Muslimeen (AIMIM) leader Asaduddin Owaisi flew to Kolkata in a somewhat secretive fashion on January 3 and met him at Furfura Sharif.

Mr Owaisi wants his party to contest the Bengal elections. He had declared so, after AIMIM gains in Bihar. He told Mr Siddiqui he was willing to fight in this state under his leadership.

Both vote-cutters scoffed the Trinamool Congress. “Many are coming to assist BJP in Bengal but nothing will make any difference. Whether it is MIM or anyone else, everyone knows they are BJP’s vote katuas. They are insignificant,” said Trinamool minister firhad Hakim.

“They will have no impact in Bengal where no one votes on communal lines,” he added.

“Why does Trinamool think the Muslim vote is their monopoly?” he said. “Muslims of Bengal are the most backward. This is the Sachchar Committee’s finding, not mine. If someone wants to form a party, in a democracy, he has the right. But If someone thinks they own a community, that is wrong. If they want to party on the development, that’s fine.”

It is not as if Abbas Siddique has no baggage. His uncle, Toha Siddique who is a senior Pir at Furfura Sharif, is known to back Mamata Banerjee. The nephew’s decision to form a party of his own to rival hers is a cause of friction. Sources also claim that Abbas would have stayed with Mamata Banerjee if Trinamool had given him 40-odd seats to field his own candidates.

But his party has now arrived. The initial plan is to form a front with like-minded parties and fight all seats in Bengal in which a significant 30 per cent voters are Muslim. The Pirzada has made a mark among large sections of them as a preacher. In fact, many view him has a social media phenomenon. But can he pull in the votes?

That question will certainly dangle over the upcoming elections now on what is being called the Pir Impact on Bengal poll. He has made no secret of his ambition. In his debut appearance in his political avatar, the Pirzada has declared he wants to be the kingmaker.

NR Congress unlikely to ally with BJP in Puducherry…

NR Congress Not Likely To Tie Up With BJP For Puducherry Polls: Sources

Harry And Meghan’s Interview With Oprah Winfrey: Where To Watch

Emergency Imposed By Indira Gandhi An “Outdated Issue, Should Be Buried”

Man Involved In Over 25 Cases Of Robbery, Snatching Arrested After Encounter In Delhi

Congress Didn’t Give Me Any Work In Gujarat Local Polls: Hardik Patel