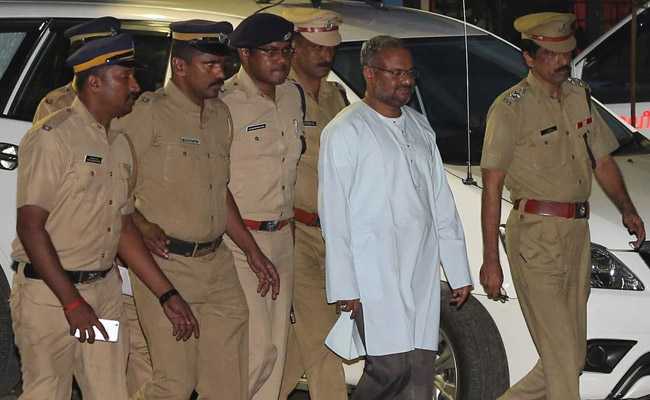 A trial court has granted bail to Bishop Franco Mulakkal.

A trial court on Friday granted bail to Bishop Franco Mulakkal, accused of raping a nun in Kerala, with stringent conditions and directed him to be present on the dates of hearing of the case.

The Additional Sessions Court had cancelled the bail granted to the Bishop on July 13 for failing to appear for the trial and issued a Non Bailable Warrant against him.

Bishop Mulakkal was present in the Court on Friday when it considered the matter.

Granting bail, the Court directed him not to leave the state till the chargesheet is read out to him on August 13 and to be present court on the dates of hearing of the case.

The Court also directed him to offer fresh sureties and bail bonds.

On July 13, Bishop Mulakkal’s counsel had informed the court that his client could not appear as he had been in self-quarantine due to his primary contact with a COVID-19 infected person.

The next day, the former Jalandhar Bishop had tested positive for coronavirus.

The prosecution informed the Court that Bishop Mulakkal had not produced the COVID negative certificate, to which the Court observed that the state Health Department can take necessary action on this issue.

The Supreme Court on Wednesday had directed Franco Mulakkal to face trial as it dismissed his plea seeking discharge in the rape case lodged against him by the nun belonging to a congregation under Jalandhar diocese, saying there was no merit in his petition.

In her complaint to the police in June, 2018, the nun had alleged that she was subjected to sexual abuse by the bishop during the period between 2014 and 2016.

The bishop, who was arrested by the Special Investigation team, which probed the case, charged him with wrongful confinement, rape, unnatural sex and criminal intimidation.