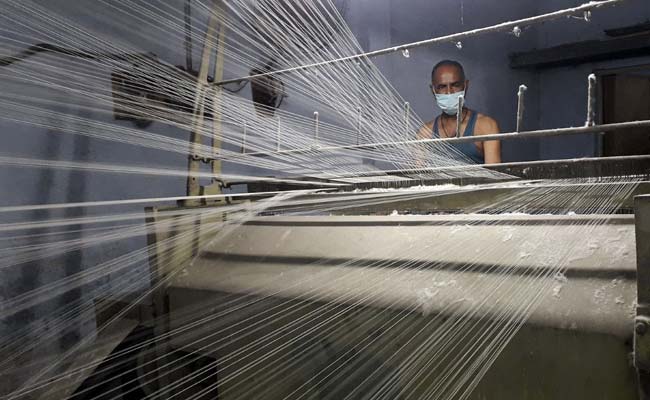 The gross domestic product (GDP) contracted 7.5 per cent in the July-September period according to official data today, resulting in the economy to fall into an unprecedented recession. The Q2 GDP data showing a decline in numbers comes after the previous quarter registering a near 24 per cent contraction. Even though the latest quarter’s data showed slight signs of a pick-up after the easing of coronavirus-induced restrictions, yet economists and experts have polarised views on the same.

Here are some of the comments from analysts on the GDP contraction in the Q2 quarter and its effect on the national economy:

“The contraction in the first two quarters of this fiscal year is no surprise. Since the quarterly data of GDP is released with a lag of two months, we should look at these numbers in the rear-view mirror keeping in perspective that recent high-frequency data possibly suggest a quicker rebound ahead. Three drivers will ensure a sustained economic revival and rehabilitation; inclusive job growth, a robust services sector rebound, and a sustained recovery in private demand.”

“The contraction in the GDP at -7.5 per cent is amongst the worst as compared to its Asian peers. This is definitely a cause of concern and hopefully, with the easing of the monetary policy, we can expect some further rebound in the coming quarter. Having said that, given the fact that the economy is officially in recession, there is a strong need now for fiscal intervention as monetary policy intervention alone will not see us come out of this situation.”

”The 7.5 per cent year-on-year contraction in GDP for Q2FY21 is significantly better than the near 24 per cent contraction in the previous quarter. In fact, while a major improvement in Q2’s GDP trajectory was clearly expected based on the high-frequency indicators and corporate earnings, the actual number beat our expectation of a 10 per cent year-on-year contraction. However, while the Q2 GDP print was a clear positive surprise, it might be prudent to maintain caution as regards the pace of recovery in the coming months as one cannot rule out frontloading of activities and production during Q2 to an extent, especially closer to the festive season.”

”India marked a technical recession with a Q2 real GDP contraction of -7.5% and nominal GDP at -4 per cent. The number is marginally better than expectations and reflected unlocking of the economy, improvement in activity levels and pent- up demand. The number also may look higher as the initial estimates take into account data for larger companies which have done better than the medium and small enterprises. We expect Q3 GDP at -1.5 to -2 per cent whereas Q4 growth may be marginally positive if there are no further COVID-induced lockdowns.”

”The economy appears to have done better than our estimate as GDP in the 2QFY21 contracted by 7.5% as compared to India Ratings and Research’s (Ind-Ra) estimate of a contraction of 11.9%. From the supply side while most of the sectors have done as expected and continue to be in contractionary mode, the surprise of the pack is manufacturing sector which showed a growth of 0.6% in2QFY21 GDP. Some of the high frequency indicators such as auto sales had been indicating of the pick up for a while.”

Jindal Steel In Talks To Get COVID-19 Vaccines For Employees

Tata Motors Ties Up With Banks, NBFCs To offer an array of…

Yes Bank Board To Consider Fundraising Plans On January 22;…