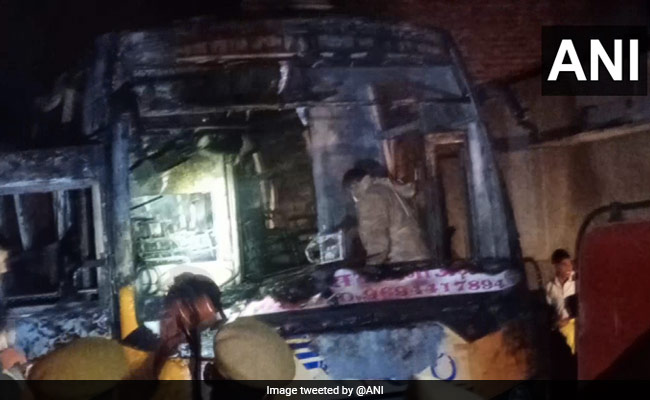 Six people were killed and 17 others sustained injuries as a bus caught fire after coming in contact with an electric wire in Maheshpur of Jalore district late on Saturday night.

The driver and the conductor of the bus died on the spot, while the four persons succumbed to their injuries during treatment in hospital.

“Seven persons among the 17 injured have been referred to a Jodhpur hospital. However, the driver and the conductor of the bus died on the spot while four succumbed to injuries during treatment in hospital,” Mr Goyal said.

Further details into the matter are awaited.

No Discrimination In State, Over 30 Per Cent Of Welfare Scheme Beneficiaries Are…

Prannoy Roy’s Townhall With Experts On What Next For…