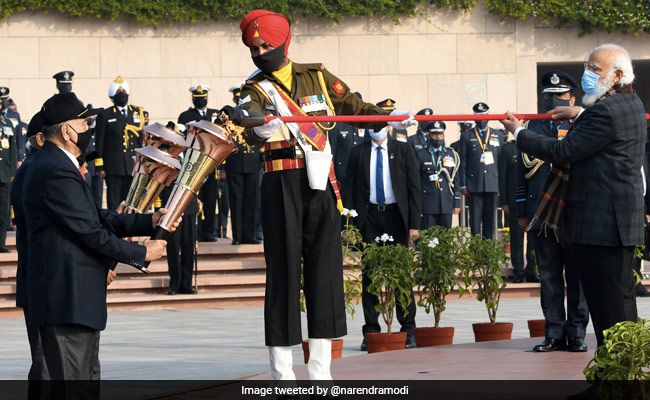 PM had sent out four victory mashaals from Delhi to various parts of the country. (FILE)

The ”Swarnim Vijay Mashaal” marking India’s victory over Pakistan in the 1971 war has reached Nainital.

The victory flame reached the Indian army’s Signal Corps Headquarters in Uttarakhand’s Nainital on Friday evening and was kept for public viewing on Saturday. Indian army bands preformed on the occasion.

Personnel of the Signal Corps and the National Cadet Corps of the DSB College gave a grand welcome to the victory torch.

Prime Minister Narendra Modi on December 16 last year had sent out four victory mashaals from the National War Memorial in Delhi to various parts of the country.

India celebrates December 16 as Vijay Diwas to commemorate its victory over Pakistan during the 1971 war that led to the creation of Bangladesh.

US Says Will Support India-Pak Dialogue, Condemns Terrorists Who Seek To Infiltrate…