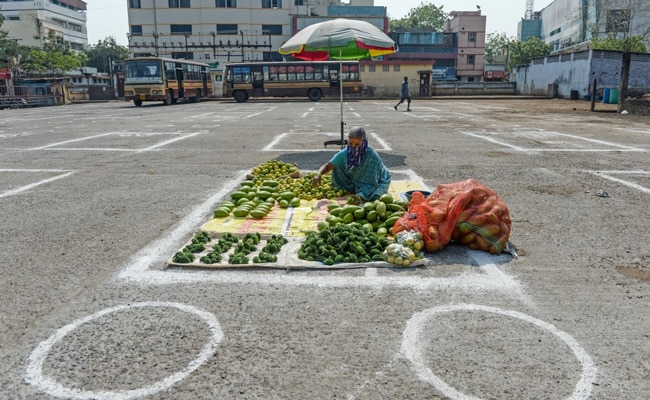 Tamil Nadu, the second worst coronavirus hit state in the country, on Friday crossed the one lakh-mark as 4,329 people tested positive for the highly infectious virus in a day. With an addition of 64, the state’s death count stood at 1,385, government data said.

In Chennai, six urban clusters with cramped houses along narrow lanes – accounting for 26 lakh people – continue to add up coronavirus numbers. Besides using common toilets at home or public toilets outside around, fifteen percent of the people here, officials say, defy COVID-19 norms.

The virus is now spreading to other districts as well with urban populations. 330 people tested positive today in adjoining Chengalpattu district, taking its tally to 6,139. In Madurai, 287 tested positive.

In a revision of strategy, the state has ramped up testing phenomenally. On Friday, 35,028 people got tested and 12,70,720 people have been tested across the state so far.

Hundreds of fever clinics are also being set up across the state in a bid to draw people with fever and other symptoms for coronavirus screening.

While Chennai and Madurai are under total lockdown, bus services have been suspended in other districts.

The state government denies there is community spread. Citing its 56.8% recovery rate and 1.3% mortality rate, Dr Prabhdeep Kaur, a member of the expert medical team in Tamil Nadu had said: “There is no need for panic over the spike. Early detection is an opportunity to save lives”.

Sources in the state government say according to projections, the state will touch the 2 lakh-mark in August.

The opposition DMK accuses the government of complacency. The ruling AIADMK also drew criticism from sections of public for hastily opening up the economy and then retracting and blindly following its ally BJP’s timeline.

In May the state government appointed senior bureaucrat Dr J Radhakrishnan known for his disaster management expertise as Health Secretary.

Tamil Nadu is set to open up malls and industries in several parts outside Chennai from June 6.

Silver paan, gift from Varanasi, to be used in Ram…