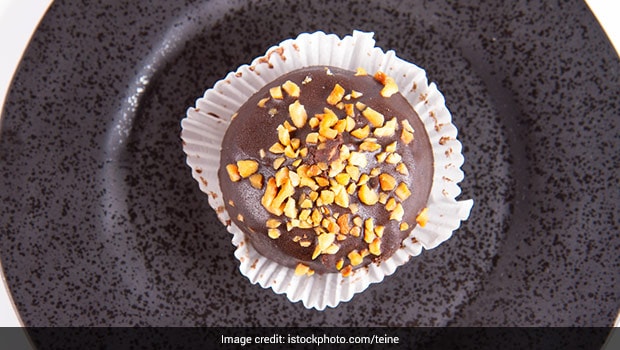 It’s Sunday morning on a hazy winter’s day in Kolkata. While many aspects of our lives have changed over the last year or so, some things seem unaffected; at least on the surface. The breakfast lines at Flurys on Kolkata’s most famous address – Park Street, are a case in point. I didn’t stand in line for only for breakfast but also for the one item on the menu that is almost synonymous with this Kolkata institution that dates back to 1927. The humble rum ball is not just a part of Flurys’ legacy, it’s also a sweet obsession for many die-hard Kolkatans.

If there’s one common thread that binds anyone with roots in Kolkata, it’s nostalgia. You truly can’t take the Kolkata or ‘Cal’ out of the folks with a Kolkata connection. Even if they call Delhi or Bengaluru home. Karo Christine Kumar, a Kolkata-based lifestyle writer believes that the rum ball is an intrinsic part of the Kolkata food legacy – “It’s not something we make at home a lot and yet it’s something that figures on Christmas wish lists along with the city’s decadent plum cakes”.

Chef Vikas is happy to share his recipe for the rum ball but is quick to point that it won’t quite taste like the Flury’s rum ball without the special chocolate fondant.

Flurys is not my only stop in a city where I always seem to find new avenues to indulge my sweet tooth (sweet teeth may be a more appropriate description). I’ve been warned about the crowds at Nahoum and Sons, or just Nahoum’s for most regulars. Tucked away in the crowded New Market area, this legendary institution was established by Nahoum Israel Mordecai in 1902. During this period Kolkata boasted of a vibrant Jewish community. I didn’t come to Nahoum’s looking for rum balls but that was one of the items recommended by a silver-haired customer who has been coming to Nahoum’s since she was a child. She also insisted that I try the Lemon tart. When in doubt, always listen to the locals.

Rum balls are no longer the preserve of Kolkata’s bakeries. You find them all over the country now. It’s a clever way to repurpose extra bits of cake or chocolate sponge; just toss them with chocolate and a dash of rum. But that’s not the way Flurys makes its rum balls. Chef Vikas Kumar, the Executive Chef of Flury’s believes that Joseph and Frieda Flury – the couple who set up Flurys, were obsessed with fine chocolate. That’s hardly a surprise, given that they were Swiss.

Flurys has always used high-quality chocolate fondant, a classic ingredient that sets their rum balls apart; most other bakeries use a chocolate ganache. It’s not the only sweet treat in Kolkata that uses rum. Many plum cakes are crafted with dry fruits and nuts soaked in rum. This could well be a result of the availability of rum in the city during the colonial era when the city was home to a large army contingent. 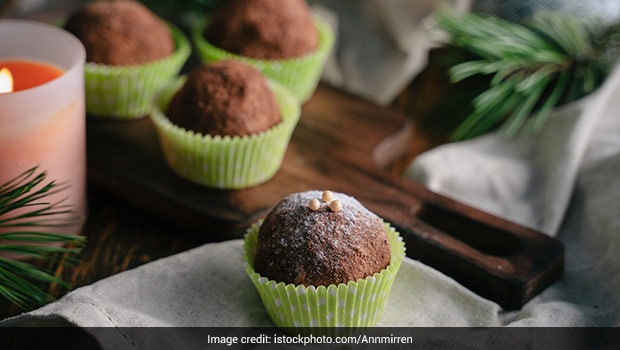 Rum ball is not the only sweet treat in Kolkata that uses rum.

It’s tough to trace the actual origin of Kolkata’s rum balls. Many residents believe that it was Flurys that invented it, a myth that Chef Vikas doesn’t confirm or dispute. Establishments like Flurys and Nahoum’s take their rum balls quite seriously. According to Chef Vikas, the same staff member at Flurys has been making rum balls for over three decades. This delicious treat is equally ‘chocolatey’ and slightly sweet and sticks to your teeth with its moist textures. The rum is used sparingly – unlike Kahlua in tiramisu and lends it a wonderful dark flavour. Chef Vikas is happy to share his recipe for the rum ball but is quick to point that it won’t quite taste like the Flury’s rum ball without the special chocolate fondant. This version is delicious and is relatively easy to make:

2. Put all the ingredients together in a mixing bowl except the chocolate ganache

3. Mix all the ingredients

4. Weigh each of them equally and make balls out of it.

5. Then dip and finish it with chocolate ganache

Disclaimer:The opinions expressed within this article are the personal opinions of the author. NDTV is not responsible for the accuracy, completeness, suitability, or validity of any information on this article. All information is provided on an as-is basis. The information, facts or opinions appearing in the article do not reflect the views of NDTV and NDTV does not assume any responsibility or liability for the same.

About Ashwin RajagopalanI am the proverbial slashie – a content architect, writer, speaker and cultural intelligence coach. School lunch boxes are usually the beginning of our culinary discoveries.That curiosity hasn’t waned. It’s only got stronger as I’ve explored culinary cultures, street food and fine dining restaurants across the world. I’ve discovered cultures and destinations through culinary motifs. I am equally passionate about writing on consumer tech and travel.

Welcome Steps To Return Jammu And Kashmir To Full…