Three Arrested In Uttar Pradesh For Murder Of Lawyer 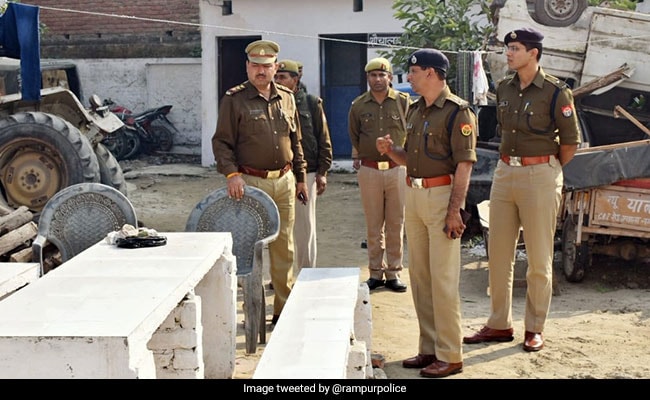 The body was discovered from a warehouse, the police said (Representational)

Uttar Pradesh Police have arrested three people from Bulandshahr allegedly for the murder of missing lawyer Dharmendra Chaudhary, whose body was discovered on July 31.

According to Senior Superintendent of Police (SSP) Santosh Kumar Singh, “The murder was committed by his friend Vivek, along with two of Vivek’s helps, because he owed a large amount of money to Chaudhary and had no intention of returning it.”

Chaudhary, a resident of Gulshan Vihar Colony of Khurja in Bulandshahr, also worked as a property dealer. He went missing on July 25 at around 8.30 pm after he went to have dinner at Vivek’s warehouse.

Vivek came under suspicion after Chaudhary’s family discovered a diary with the information of financial dealing between the two.

“From the diary, it was discovered that Chaudhary used to loan money to Vivek on 4 per cent interest, but just the interest had grown to more than Rs 10 lakh,” the police said.

The police also asked Vivek to undergo a polygraph test. However, he refused to take the test.

The body was discovered from a warehouse where it had been buried in an 8 feet deep pit, the police said.

“The intention behind the murder was money. Vivek owed 81 lakh to my brother,” said Gajendra.

“Jungle Raj is growing in Uttar Pradesh. Crime and Corona are out of control. Shri Dharmendra Chaudhary was abducted eight days ago in Bulandshahr. His body was found yesterday. Kanpur, Gorakhpur, and Bulandshahr — in every incident, there is the sluggishness of law and order and there are signs of Jungle Raj. I wonder how long the government will sleep,” tweeted the Congress general secretary in Hindi.

Vivo V20 Pro Price in India Revealed by Retailers Ahead…