US Says It Is Unlikely To Use China, Russia Coronavirus Vaccines 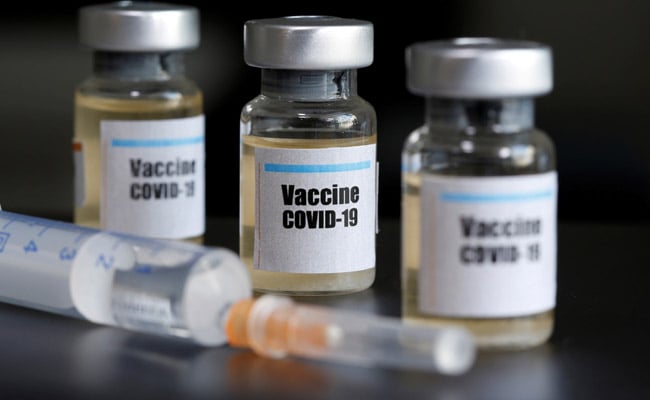 Top US official said he hopes that China and Russia are actually testing the vaccine. (Representational)

America’s top infectious diseases official has raised concerns over the safety of COVID-19 vaccines being developed by China and Russia as the world scrambles for answers to a pandemic the WHO warned will be felt for decades.

Six months after the World Health Organization declared a global emergency, the novel coronavirus has killed at least 679,000 people and infected at least 17.9 million, according to an AFP tally.

As countries across Western Europe announced new lockdowns and reported historic economic slumps, the UN health body said the pandemic was a “once-in-a-century” crisis and its fallout would be felt for decades.

Several Chinese companies are at the forefront of the race to develop an immunity to the disease and Russia has set a target date of September to roll out its own vaccine.

But US infectious disease expert Anthony Fauci said it was unlikely his country would use any vaccine developed in either country, where regulatory systems are far more opaque than they are in the West.

“I do hope that the Chinese and the Russians are actually testing the vaccine before they are administering the vaccine to anyone,” he told a US Congressional hearing on Friday.

“Claims of having a vaccine ready to distribute before you do testing, I think, is problematic, at best.”

As part of its own “Operation Warp Speed,” the US government will pay pharma giants Sanofi and GSK up to $2.1 billion for the development of a COVID-19 vaccine, the companies said.

In east Asia, territories which saw success in tackling the early wave of the coronavirus are now confronting worrying new spikes.

Japan’s Okinawa declared a state of emergency Saturday after a record jump in cases on the island — many linked to US military forces stationed there — while Hong Kong opened a new makeshift hospital to house COVID-19 patients.

The finance hub had been a poster child for tackling the coronavirus, with local transmissions all but ended by early summer.

But since July daily cases have risen to record highs, partly brought in by the tens of thousands of people who were exempted from a mandatory quarantine imposed on most arrivals.

France, Spain, Portugal and Italy all reported huge contractions in their economies for the April-June quarter, while Europe as a whole saw gross domestic product fall by 12.1 percent.

In a sign of the trade-offs being forced on European governments, Britain imposed new lockdowns Friday on millions of households in northern England.

With large Muslim populations in those areas, the ban was painfully timed, on the eve of the Eid-al-Adha festival.

Meanwhile, in the United States — the world’s biggest economy and hardest-hit nation — jobless Americans were bracing for an end to extra unemployment payments after Congress failed to reach a deal on extending benefits.

It came just a day after the US posted a second-quarter GDP drop of 9.5 percent from the same period a year ago, the worst it had ever recorded.

Fresh off a bout of COVID-19, Brazil’s President Jair Bolsonaro said Friday nearly everyone will probably end up catching the new coronavirus, urging Brazilians to “face up to it” and saying there was nothing to fear.

His comments came as Brazil’s death toll closes on 100,000 and as Latin America’s biggest airline LATAM said it was laying off at least 2,700 crew over the coronavirus.

In South Korea the elderly leader of a secretive sect at the center of the country’s early coronavirus outbreak was arrested Saturday for allegedly hindering the government’s effort to contain the epidemic.

People linked to Lee Man-hee’s Shincheonji Church of Jesus accounted for more than half of the South’s coronavirus cases in February and March, when the country was enduring one of the worst early outbreaks in the world.

The South has since been returning largely to normal, appearing to have brought the outbreak under control with an extensive “trace, test and treat” program.

China To Sanction US Officials For Nasty Behaviour Over Taiwan

Violence At BJP Roadshow In Kolkata Amid “Go…

Coronavirus Found In Ice Creams In China! Should We Avoid Our Favourite Dessert?

Tata Motors Ties Up With Banks, NBFCs To offer an array of financial offerings to Commercial Customers

How To Make Masala Papad Taco Chaat, A 5-Minute Snack Without A Drop of Oil

I’m For Facebook, No, Wait, You Are: Kapil Sibal-Mukul Rohatgi Banter

4th Test: Australia Have To Be Patient, Bowl In Good Areas On Day 5, Says Steve Smith

8 Cows Killed, 6 Injured By Speeding Rajdhani Express In UP

Watch: How To Make Vegan Kheer/Payasam By Replacing Milk With These Healthy Alternatives

Donald Trump Prepares List Of 100 Pardons, Not Planning To…